Next Stop on the Smithsonian Gem Gallery Tour: An Amazing Topaz Exhibit

Be prepared to be blown away by the next stop on our virtual tour of the Smithsonian’s National Gem Collection. Featured today is an amazing topaz exhibit featuring four stones ranging in size from 12,555 carats to 251,744 carats. 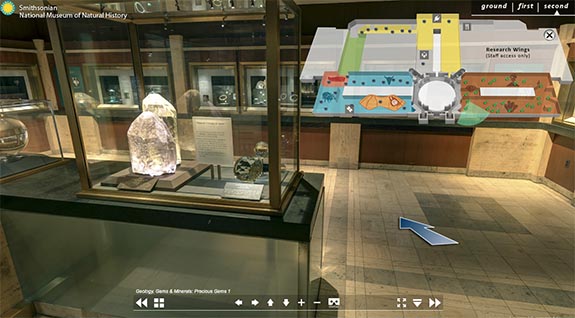 Previous stops on the tour have included the Logan Sapphire, the Dom Pedro aquamarine and the Steamboat tourmaline.

The Janet Annenberg Hooker Hall of Geology, Gems, and Minerals typically hosts more than six million visitors annually. But with all the Smithsonian museums in Washington, DC, temporarily closed to support the effort to contain the spread of COVID-19, we’re offering this virtual tour of the hall. 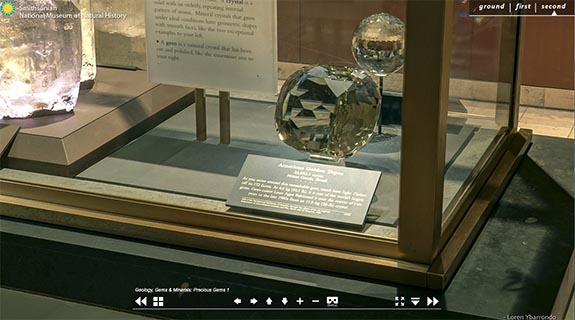 Here’s how to navigate to the topaz exhibit.

(Touch the plus sign to zoom in. Touch the “X” to close the map to get a better view of the gemstones. You may restore the map by clicking the “Second” floor navigation on the top-right of the screen.) 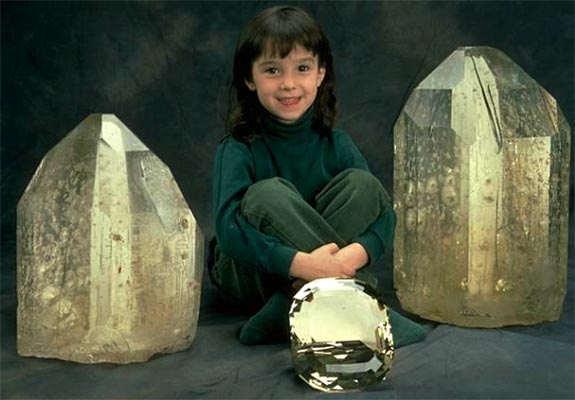 All of the gems in the showcase were sourced in Minas Gerais, Brazil, but the most famous of the four specimens is the colossal cushion-cut American Golden Topaz, the third-largest faceted gemstone in the world. The stone is seen, above, just in front of the little girl.

Tipping the scales at a whopping 22,892 carats (10.09 lbs), the American Golden Topaz was cut by Leon Agee over a period of two years in the late 1980s from a 26-pound stream-rounded cobble owned by Drs. Marie L. and Edgar F. Borgatta.

The final product has 172 facets, a warm honey-gold color and is the size of a honeydew melon, measuring 6.9 x 5.9 x 3.7 inches. The gem was donated to the Smithsonian Institute in 1988. 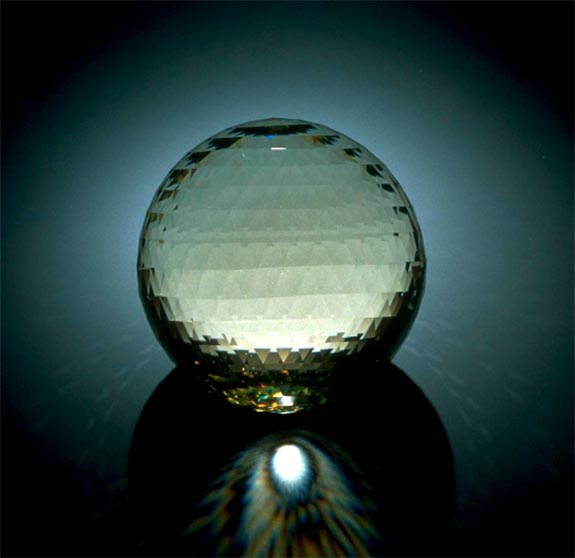 Positioned behind the American Golden Topaz is the fascinating Topaz Sphere, which weighs 12,555-carats (5.54 lbs).

Natural topaz is found in a wide array of warm colors, including brownish-yellow, orange-yellow and reddish-brown. Other topaz colors include white, pale green, blue, gold and pink.