A Canadian woman who lost her engagement ring while swimming in Howe Sound off Bowyer Island, British Columbia, is thanking a baby octopus for leading divers to the irreplaceable heirloom that had been in her fiancé’s family since the 1940s. As the world’s smartest invertebrates, octopuses have great memories, can carry out complex tasks and — thankfully — have a penchant for shiny objects. 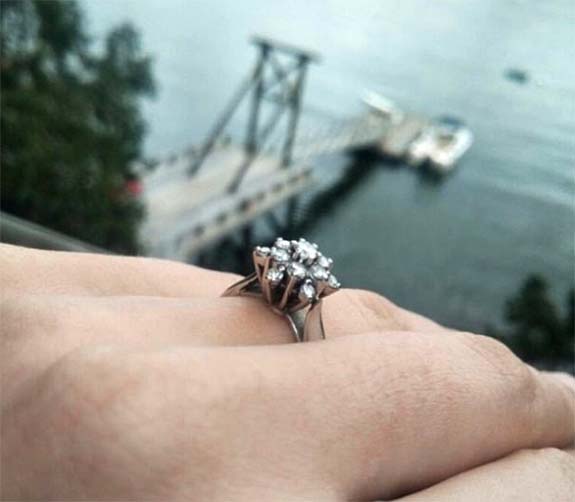 On Friday evening, 26-year-old Annika Parkinson-Dow was enjoying a swim off her neighbor’s dock, where she marveled at the bioluminescence as she moved her hands back and forth across the surface of the dark water.

It wasn’t until much later that Parkinson-Dow realized that her engagement ring was no longer on her finger. The diamond cluster ring, which was originally cherished by the grandmother of her fiancé Colby Crockett, had slid off in the cool water.

The next morning, a heartbroken Parkinson-Dow sought professional help by contacting diving schools in the Vancouver area. Within an hour, a team of divers was ready to get to work.

“I was pretty sure that there was absolutely no chance [they’d find] it, a needle in the haystack,” she told CBC.com. “I wasn’t even sure of the exact spot that I lost it.” 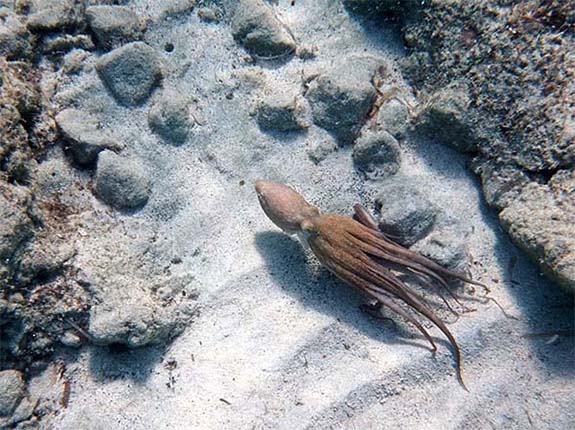 After an hour in the murky water near the dock, the divers were about to give up. But then they spotted a baby octopus and decided to follow it.

Octopuses are known to decorate their dens with shiny objects, including crustacean shells, sea glass and bottle caps. That pile of bling is often called an octopus’s garden, a theme made famous in a song of the same name by Ringo Starr and the Beatles in 1969.

In 2007, a South Korean fisherman caught a tiny octopus that had been clinging with its tentacles to a porcelain plate dating back to the Goryeo Dynasty. Porcelain from that period is regarded as some of the finest ever made. When archaeologists searched the area, they discovered a 12th century shipwreck filled with priceless porcelain and other ancient artifacts.

Back at Bowyer Island, the baby octopus led the divers directly to the ring. The cluster of diamonds was glinting in the water.

Parkinson-Dow said, “My guess there is that if the octopus put it out in front of its little den. When it saw the divers, it probably thought, ‘Well, I don’t want anything to do with those divers, I’m going to hide,’ and if the divers then followed it back to its home, that’s where it might have left the ring.”

With the diamond engagement ring now safely back on her finger, Parkinson-Dow promised never to swim with it again.