Back in 2002, Ben Affleck proposed to Jennifer Lopez with a 6.1-carat radiant-cut fancy intense pink diamond. Even though the power couple — affectionally known as Bennifer — never tied the knot, the ring sparked a craze for colored diamonds. 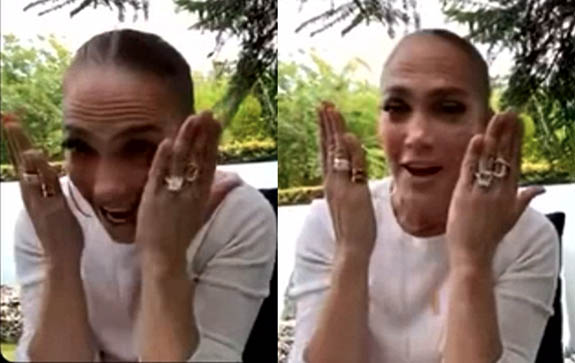 The 50-year-old singer/actress revealed during an at-home Zoom chat hosted by Apple Music’s Zane Lowe that her exciting first-ever encounter with her idol, Barbra Streisand, focused primarily on the ring.

When posed with the question of how she was spending her time in quarantine, Lopez — sporting multiple rings on both hands — said that she was watching movies with her kids, 12-year-old twins Emme and Maximilian. Specifically she’s been introducing them to the musicals her mom introduced her to when she was growing up. One of those movies was Funny Girl with Barbra Streisand.

“Have you met Barbra Streisand?” asked Lowe. “Can you tell us how that was?” 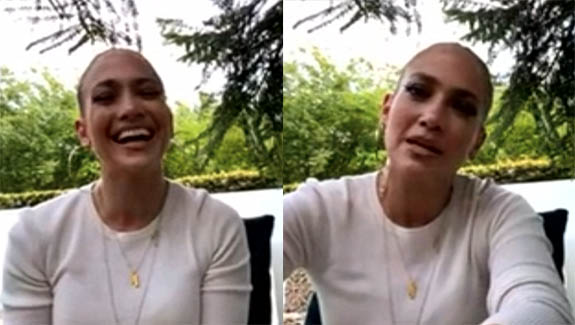 “I met her at an Oscar party years ago,” Lopez recalled, “and I was at the time engaged to Ben Affleck. And she’s really into diamonds, which I didn’t know. He had given me a pink diamond, which got a lot of press and was… whatever.”

Cutting her off in mid-phrase, Lowe joked, “It was very much not ‘whatever.'”

“I mean, I loved getting it. Don’t get me wrong,” Lopez clarified. “So, she came up to me, and like, she had heard about it. I’m just dying because it’s Barbra Streisand. And I’m like, ‘Oh My God.’ And she’s like, ‘Can I see your ring?’ I said, ‘Yeah,’ and she asked me about the ring, but then she asked me – and I thought it was so strange – about being famous, and how I handle it.”

Lopez told Streisand, “I really don’t think about it.”

Lopez, who is now engaged to former baseball star Alex Rodriguez and is rocking a 10-plus-carat emerald-cut diamond ring, met Affleck on the set of the romantic comedy Gigli in 2002. According to Glamour.com, the duo called it quits in 2004, just four days before the wedding. Lopez and Marc Anthony tied the knot in June of 2004 and divorced 10 years later.

Check out the full interview at Apple Music. Lopez recounts her encounter with Streisand at the 3:11 mark.